The City of Glendale is very supportive of the Greater Glendale Chamber of Commerce.  Be sure to visit the City’s Website.

Our city boasts a wide variety of things to do and see as shopping, dining, and outdoor activities are all a part of the Glendale culture.

The Cherry Creek Shopping District is just a mile away and includes Denver’s finest upscale shops and boutiques. For the outdoor enthusiast, the beautiful Cherry Creek bike path runs through Glendale and passes by some of the area’s most attractive parks and open spaces. Nightlife is alive and well here, with a variety of bars, restaurants, and taverns to suit any taste. Families relocating to the area will be happy to know that Glendale is part of the exceptional Cherry Creek School District.

Glendale is also the official home of rugby in the U.S. The sport has gained a substantial following since Glendale built the first municipal rugby stadium in North America – Infinity Park. This location, along with the adjacent Infinity Park South neighborhood park, features more than just the fast-paced, intense sport of rugby. In the summer, the park hosts free movie nights, concerts, festivals and much more.

If you’re looking for a vibrant, exciting, and active city in the Denver area, Glendale is it!

In 2005, Governor Ritter proclaimed Glendale the Capital of Rugby in Colorado. Since then, all levels of rugby have been played in Glendale’s Infinity Park including one of the premier Sevens tournaments in the nation that attracts teams from all over the world. Additionally, having hosted the National Club Championships, Super League Championships, College All-Star Games, International Games, The Churchill Cup, and the World Rugby Hall of Fame, Glendale has truly become “Rugbytown USA.”

To learn more about rugby in Glendale, visit www.glendalerugby.com 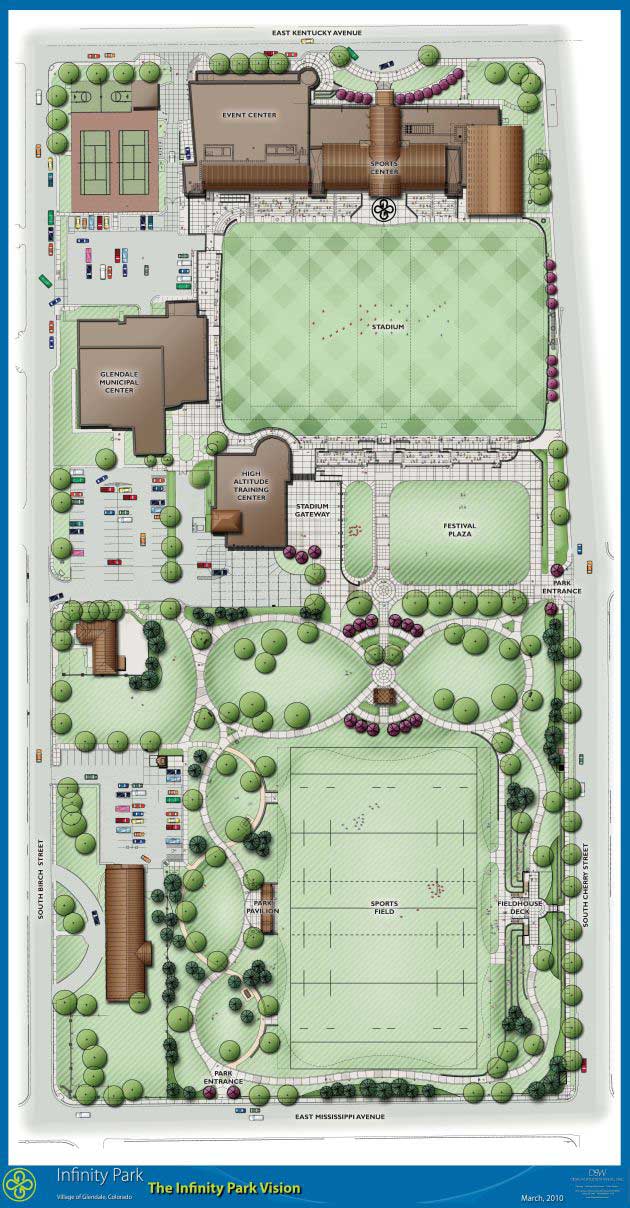