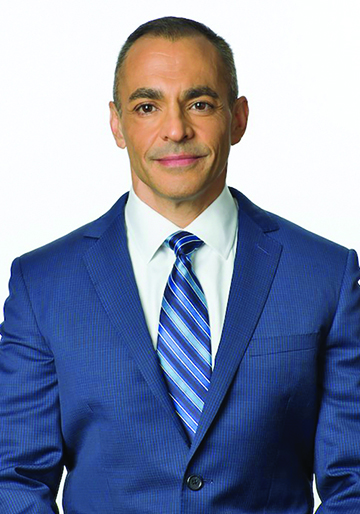 The Staenberg-Loup Jewish Community Center (JCC Denver) hired Mike Sophir as its Chief Executive Officer. Sophir brings to the JCC Denver more than 30 years of experience as a dynamic executive-level leader in both non-profit and for-profit sectors that has included development and execution of strategic plans, executive team and board development, change management, educational programming, fundraising, marketing, and communications. Sophir officially starts on January 10, 2022.

“The CEO search committee, comprised of board members and community leaders who have a passion for the JCC, worked tirelessly to ensure that we found the right person to build on all that has been accomplished by the team in the past 12 months,” said Ed Nekritz, JCC Denver’s chairman of the board and acting CEO. “Mike is the right person to join us at this juncture to continue to move the organization forward as an inclusive, community-focused organization. He is also the right person to help us ensure that the JCC serves as a second home for the community, engaging current, new, and prospective members on their own lifecycle journey as the JCC embarks on its 100th anniversary in 2022.”

Sophir has most recently served as a Senior Consultant at Columns where he delivers strategic organization and business development strategies to local and national nonprofit and public sector clients. Prior to that, he served as the Chief Executive Officer of the Sigma Alpha Epsilon International Headquarters in Chicago. Sophir is coming back to Colorado for the position at the JCC Denver, where he lived for 22 years. Previously in Denver, Sophir was Senior Vice President at Peri Marketing and Public Relations for nine years. He has also served in several other positions during his career, including the Director of Corporate Development for Children’s Hospital Colorado Foundation.

“In general, there is a hunger among many for reconnection, in part resulting from the proliferation of technology, and

especially as we continue to navigate through the pandemic,” said Sophir. “I am excited to join the JCC Denver at this unique time because of the role the organization plays in nurturing community connections and providing a place to belong for everyone no matter one’s background or beliefs.”

When he was young, Sophir spent time at the Jewish Community Center in Omaha, Neb. where he participated in summer camps, sports activities, theater programs, and many other special events.

Sophir has a Bachelor of Journalism in Advertising from the University of Nebraska at Lincoln.