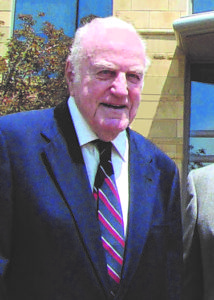 Founder: Walter A Koelbel launched the real estate company in 1952. 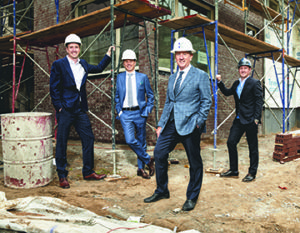 “Nothing is stronger than family —  especially when it comes to business,” reads the quote at the Koelbel and Company website. Walter A. Koelbel singlehandedly founded the real estate development firm back in 1952, and created a legacy that endures today of “creating developments that people are proud to call home.”

Dana Keller, Koelbel’s Vice President of Sales and Marketing says she joined the company in 1997, and had the pleasure of working with founder Walt Koelbel. She says his motto was, “Under all lies the land. We must protect and use it wisely.” Keller explains his son, Buz Koelbel, and Buz’s sons Carl, Walt Jr., and Dean are at the helm now and have kept the company’s core values while evolving to thrive in today’s times.

Keller describes Koelbel as “Colorado’s leading real estate developer” for more than 60 years. “We’ve had a lot of firsts in our 68 years,” Keller says. Koelbel’s Pinehurst was the first golf course community in Colorado. They’re also responsible for the Breakers apartment complex, the first of its kind in terms of a master planned apartment complex and, Keller says, is still the largest apartment complex in the state. Another first, she points to The Preserve in Greenwood Village, which Keller describes as the largest custom home development in Colorado.

A current focus is on urban homes. Keller says right now Koelbel has five different communities that are urban infill in some of the most popular neighborhoods in the Denver area. There are three different series of homes in the Boulevard One section of Lowry. Another is 5390, the site of the old El Jebel Shrine. The name is symbolic of the elevation as it is one of the highest locations in the Denver area. Keller points to Koelbel’s Sloan’s Edge, at the old St. Anthony’s Hospital site on the south edge of Sloan’s Lake, as another urban development. It boasts a restaurant, a brewery, retail, affordable apartment complex and market rate townhomes. “It is a wonderful community which allowed us to combine all of our capabilities,” she says.

Affordable housing is a key issue in today’s real estate world and Keller is proud of Koelbel’s record. “We actually have delivered more affordable housing units than any other developer,” she claims. Many of the units are transit oriented near light rail stations along south I-25 as well as centrally located near 9th and Ash and also includes complexes on the north side at the Sheridan light rail station and near the redeveloped Westminster Mall area.

Keller says they are just starting another transit oriented affordable housing complex on the south edge of town near Ridgegate. “We take advantage of the low income tax credit, “ Keller explains. “We have found a formula that works in terms of being able to offer the affordable complexes utilizing those tax credits so it makes sense for us as a business as well as a wonderful way to offer affordable housing.”

Like all business, Koelbel and Company has been impacted by the COVID 19 pandemic. For one thing, she says, they have experienced escalating costs. “Lumber h 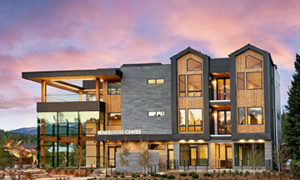 as skyrocketed,” Keller notes. The mills closed down and have just recently reopened and lumber costs went up 70%, Keller says. That’s had an impact on home prices. So has what Keller describes as a low supply coupled with a high demand. “Part of what you’re seeing in the new home construction is related to costs but some of it is also related to the low supply.”

On the plus side, Keller says their new projects in Grand County have taken off. Koelbel’s Rendezvous development in Winter Park can barely keep up with the demand. Keller says when the lockdowns first went into effect everything in the high country came to a screeching halt. But she says sales are skyrocketing now as people realize they can work and go to school remotely and are choosing to make their home in the mountains.

Looking to the future, Keller says as there is less and less available land in the center of the metropolitan area Koelbel is launching projects on the fringes like a new development in Superior.

But even as times and circumstances change, Keller reiterates Walter Koelbel’s founding principal, “Under all lies the land and we must protect and use it wisely.” Keller says, “We try to weave whatever we’re building or developing into the fabric of the existing community, the existing area. And I think that’s something that has really guided us throughout our 68 years.”