Thanks to everyone who attended the 2012 Glendale Chamber of Commerce Member Appreciation Dinner!

We got an amazing look at the future of Glendale in the future with Brian Levitt of INTEGRAL Real Estate as he mapped out the potential for our new Glendale Riverwalk and showcased projects that would inspire the future heart of Glendale.

A quick rundown of our speakers and presenters this year: 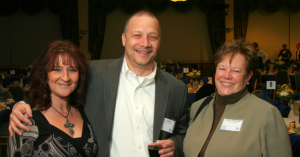 Annette and Rich Gilman of Affleck Gilman Ross & Co., Linda Cassaday of the City of Glendale

The Hellenic Community Center was beautiful as always, and Fr Dimitrios’s hospitality was second to none.  Everyone enjoyed the wonderful greek food and a bar that extended well beyond ouzo.  You could hear they energy and enthusiasm in this networking event that proves Glendale is in fact GREATER! 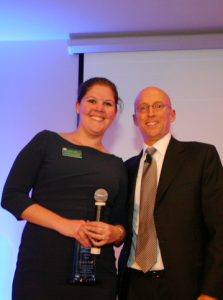 Laura Lieff, Ambassador of the Year of the Glendale Cherry Creek Chronicle and Larry Harte

Laura Lief was awarded the ‘Ambassador of the Year’ award, and will be on her way to Playa del Carmen.

Thank you to all of our Glendale members who made this such an amazing success.