Cure Your Hangover With GTOX

Cure Your Hangover With GTOX 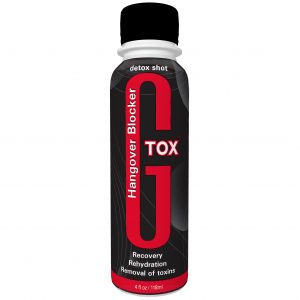 What’s great about Colorado is that as much as people enjoy their libations they are just as conscious about their health. And GTOX, a product created in 2004 by Glendale Chamber member Jackson Zapp and his mother Loretta, was designed with both of those Colorado passions in mind.

“My mom has a biochemistry background and I have a business degree from University of Colorado at Boulder,” Jackson explained. “We were researching toxin removal in cancer prevention research and patented Glucarate which is the key ingredient in GTOX that helps the body breakdown and remove toxins such as alcohol.”

According to Jackson, unlike other hangover products, GTOX has proven science behind it. GTOX works because Glucarate, an ingredient for Phase-II liver detoxification, attaches itself to alcohol molecules for faster removal. This allows GTOX to enhance the body’s natural response to the removal of toxins such as alcohol, making you feel better in the morning.

The toxins specifically from alcohol can build up in the body and cause negative side effects such as dehydration, nausea, headaches and an upset stomach often referred to as a “hangover.” After drinking GTOX, alcohol toxins in the body are turned into water soluble molecules for faster removal through the liver. As a result, GTOX enhances the body’s natural response to toxin removal, more efficiently detoxifying the liver which makes the next morning much more pleasant.

“GTOX is a consumer product we created from our core company Applied Food Sciences out of Austin, Texas which is where are headquarters are,” Jackson said. “We started GTOX here in Colorado and Applied Foods Sciences sells patented technology and ingredients for better living in health and wellness.” 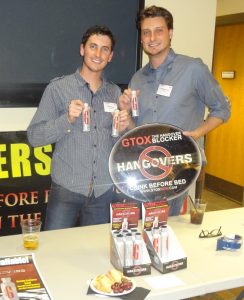 Because GTOX can be used to get rid of hangovers and for detox in general, Jackson recommends that people drink it every night before bed regardless if they’ve been out drinking.

“I try to drink one each day,” he explained. “It’s an amazing detox for the liver from pollution, from the excess hormones they pump into our beer and chicken, from tobacco or any pharmaceutical toxins.”

GTOX can be found in the King Soopers liquor store on Leetsdale and will be available in local liquor stores everywhere very soon. In the meantime, GTOX is partnering with the Glendale community and Infinity Park.

“Larry Harte has been a great resource for us,” Jackson said. “We love the community and think rugby and GTOX are a match made in heaven.”

Look for Jackson throughout the rugby season as he will be giving out samples at games and events throughout 2013.