My Name Is Asher Lev Premieres At Cherry Creek Theatre

My Name Is Asher Lev Premieres At Cherry Creek Theatre 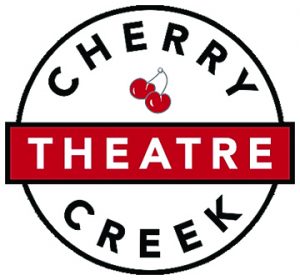 Torn between his Hasidic upbringing and the need to fulfill his artistic promise, Asher Lev is caught between two worlds. Relationships with his parents, community and mentor are all on the line as the prodigy realizes he must make a difficult choice between art and faith. This adaptation of Chaim Potok’s stirring novel presents a heartbreaking and triumphant vision of identity and what it means to be an artist.

Presented by Cherry Creek Theatre and the Mizel Arts and Culture Center as part of the 2018 JAAMM Festival, this production premiered on October 18, 2018, and runs until November 11, 2018. Production runs Thursdays at 7 p.m., Saturdays at 7:30 p.m., and Sundays at 2 p.m.

All shows will be at the Pluss Theatre at the Mizel Arts and Culture Center located at 350 South Dahlia Street in Denver. Adult tickets are $35 and Student/Senior (65+ years young) are $30.

Newcomer Josue Ivan Prieto makes his Denver debut in the title role of the Hasidic artist. Originally from Aurora, Prieto is a current student at the University of Northern Colorado, pursuing his Bachelor of Fine Arts in Acting. Veteran Denver actors Christy Kruzick and Josh Levy round out the cast as Lev’s mother and father.

Created from the vision of a group of Cherry Creek North residents in early 2010, Creek Creek Theatre debuted in the Denver theatre scene in 2011 with its first producti 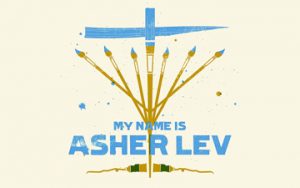 Next Production: My Name is Asher Lev is playing at the Pluss Theatre, Mizel Arts and Culture Center through November 11, 2018. Creek Creek Theatre debuted on the Denver theater scene in 2011.

On September 11, 2018, Cherry Creek Theatre announced that it is a grantee recipient of Bloomberg Philanthropies’ Arts Innovation and Management (A

Through the $43 million multi-year initiative, Bloomberg Philanthropies will provide unrestricted general operating support as well as arts management training in areas that include fundraising, strategic planning, marketing, and board development.

“We are absolutely delighted to receive this grant as we believe it will provide a viable plan designed to secure the future of the theatre,” said Mark Rossman, chairman of the Cherry Creek Theatre board of directors.