For the first time ever, NBC Olympics will provide live coverage of the NBC broadcast network’s Olympic Games primetime show in certain markets in the 4K Ultra High Definition (UHD) format with High Dynamic Range (HDR) and ATMOS sound, making the pageantry, dynamic imagery, and immersive sound that is unique to the Olympic Games even more spectacular for viewers.

NBC’s primetime coverage of the Opening and Closing Ceremonies will also be presented in 4K HDR. The Games of the XXXII Olympiad will take place July 23-August 8, 2021, in Tokyo, Japan.

In addition, live competition coverage of all Tokyo Games programming on GOLF Channel and Olympic Channel: Home of Team USA will be made available in 4K HDR throughout the Games, bringing viewers closer to the athletes, venues and Japanese landscape than ever before.

Events which will be featured in 4K HDR during this summer’s Games include gymnastics, track & field, swimming, diving, beach volleyball, golf, tennis, and other sports.

NBCUniversal will distribute the 4K HDR coverage to U.S. distribution partners, who will individually choose how to make the content available to 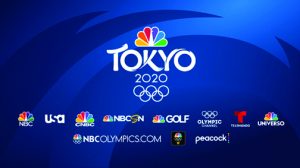 “The Olympics have been a consistent driver of technological advancements, and even with the challenges of the past year, Tokyo will be no different,” said Gary Zenkel, President, NBC Olympics. “With the rich cultural backdrop of Tokyo combined with the world-class competition of The Olympics, we’re excited to provide the American audience a look at the Games and, for the first time, the live Olympic Games primetime show with this impressive new 4K HDR technology.”

The Olympic Games Tokyo take place from July 23 – August 8 on the networks of NBCUniversal.