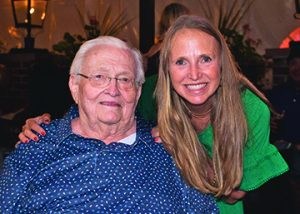 Family Affair: Dean Peterson, founder of the Bull & Bush and his daughter Tami Bierdsley were among the attendees at the Bull & Bush’s 50th Anniversary block party. 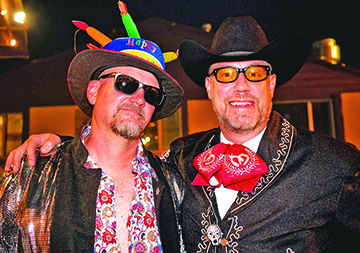 Having Fun: David and Erik Peterson, owners of the Bull & Bush Brewery had fun at the 50th Anniversary celebration in August 2021.

Not many restaurants and pubs in the Greater Glendale area can boast being open for half a century or more yet alone owned and operated by the same family. The Bull & Bush Brewery and Sam’s No. 3 are two such establishments, both happen to be in Glendale, and are members of the Greater Glendale Chamber of Commerce. The Bull & Bush Brewery just celebrated their 50th Anniversary and Sam’s No. 3 will enter its 95th year in 2022.

The Bull & Bush Brewery opened its doors in August 1971 and was modeled after a pub in England called the old Bull & Bush, that was originally built as a farmhouse in 1645 and is still open today. It was a pub that Dean and Dale Peterson (twin brothers) and their friend Dirk Writer (of Writer’s Manor fame) visited in the late 1960s, that would eventually become the inspiration for the Bull & Bush in Glendale.

Mr. Writer helped finance the purchase of the 1-acre property at Dexter and Cherry Creek South Drive that would cost a total of $800,000 including the land and the building. It was land that was formerly occupied by an auto mechanic. The $800,000 is roughly the same amount that it cost to remodel and expand the kitchen in 2012.

The Bull & Bush opened primarily as a bar in 1971 with the kitchen being an afterthought. Alcohol sa 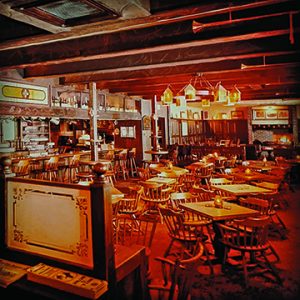 Time Warp: This photo from the early years proves not much has changed inside the Bull & Bush with the exception of lighter and thinner televisions.

les accounted for 80% of their business with food only totaling 20%. It was part of a booming Glendale nightlife in the 1970s and 1980s where cigarette smoke billowed, and booze poured by the gallons. Tha 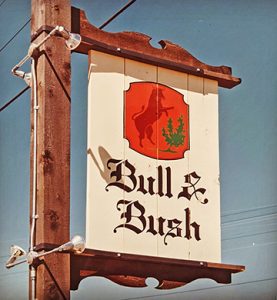 Rich History: The original sign that sat on Cherry Creek South Drive in 1971.

t is why current owner David Peterson spent very little time there as a kid. Peterson, who came to work full-time at the pub in 1995 remembers pouring cherry cokes for himself as an 8-year-old kid before the bar would open for the day.

The Bull & Bush Brewery today is steeped in tradition recognizing that some things should be left alone. The Bloody Mary recipe remains the same as the day it opened. The price has gone up from the original price of $1.50 however. The green chile and fish and chips (which are dipped in Panko bread crumbs rather than beer battered) have been Bull & Bush staples for decades, and remain top sellers. You will also find Katie Kennedy roaming the restaurant as the general manager. She is celebrating 48 years at a place where she started as a server and is now the longest tenured employee.

In order to stay relevant and cater to today’s changing tastes, the Bull & Bush has gone through some changes and additions. The biggest change was adding the brewery in 1996. Dave and Erik Peterson (sons of the late Dale Peterson) used property that was purchased in 1981 to build the brewery which still exists today.

The Bull & Bush Brewery became one of a handful of microbreweries to exist in the Metropolitan area, joining breweries such as Wynkoop and Rock Bottom as the first to enter the craft beer scene which started in 1988 in Denver. The Bull & Bush introduced their first beer on January 1, 1997, Tower ESB, which is still brewed today. It’s a beer that has won six medals at the Great American Beer Festival and  World Beer Cup combined.

After brewing beer for 15 years and s 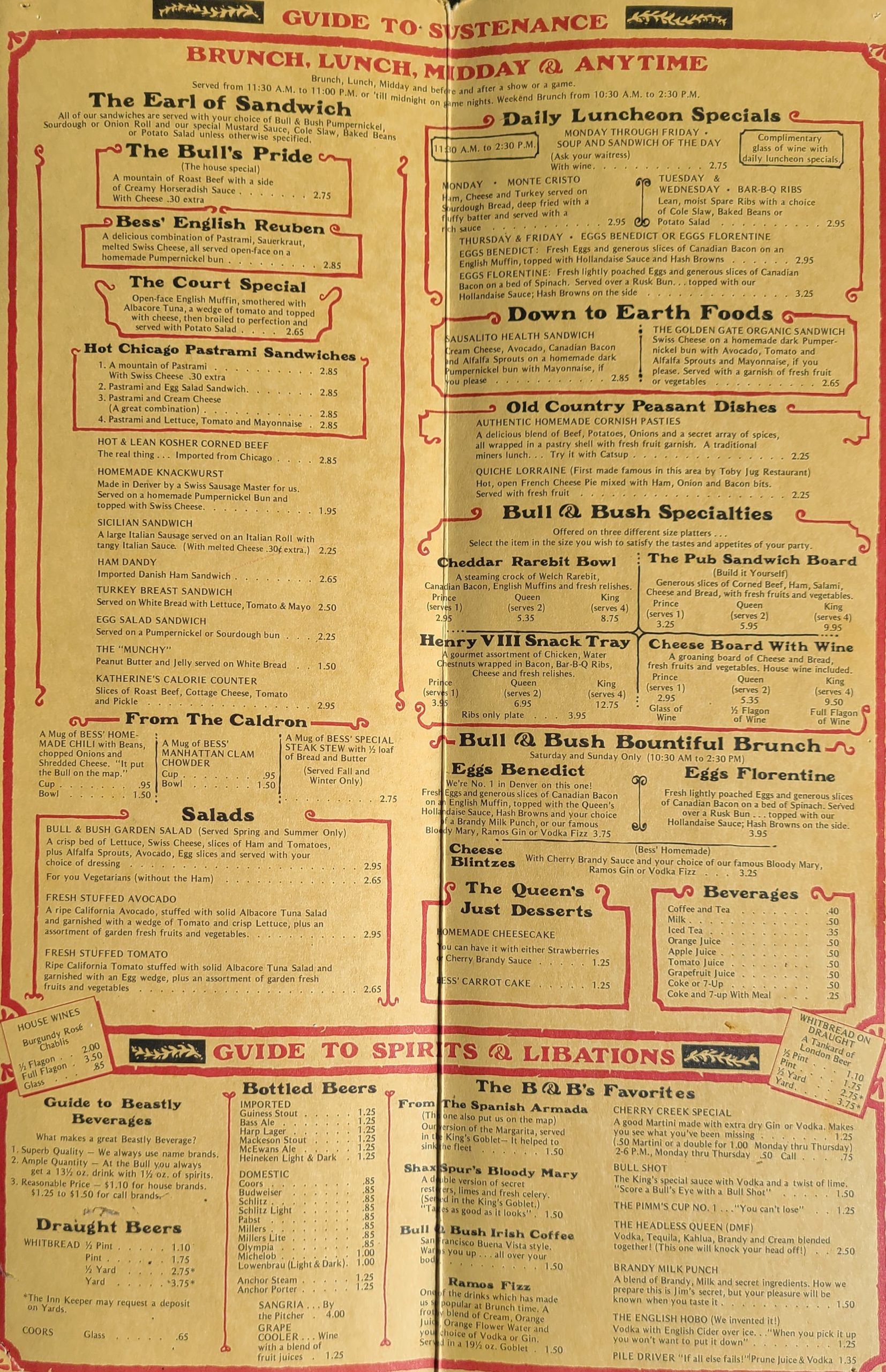 elling it to patrons who came to the restaurant, the Peterson brothers expanded to bottle their beer, and in 2012 began bottling and distributing their beer. Now, they plan to can the beer and expand the gift shop to include a cooler for beers to go.

One of the other big changes to happen over the last half century was the patio that opened in 2005. “I did the patio because this place was like a resort, said David Peterson, owner of the Bull & Bush. “Our winter business was rocking and rolling but once the weather started getting nice, it was a ghost town in here.” Peterson wanted the patio to match the old school look of the building which is why you will find a brick exterior

and gas lanterns that were purchased in New Orleans.

The large outdoor tent that was erected due to COVID restrictions on indoor dining is a permanent fixture and has added the capacity for 100 more guests. “It’s a blessing and a curse,” said Peterson. “Sometimes it is tough to keep up.” Today, 55% of the brewery’s business is food sales which is a challenge when the capacity is increased.

The Bull & Bush Brewery celebrated their 50 years with a large block party, complete with two live bands and smoked meats from Justin Brunson, owner of River Bear Meats. Many customers from throughout the years were on-hand to celebrate. “It’s because of our loyal customers that we are here,” said Peterson. “We thank everyone who has supported us all these years, and cheers, here’s to the next 50 years.”

When asked what he is most proud of, Peterson quickly replies, “That it is kept in the family and second generation of brothers for 50 years [David owns the Bull & Bush with his brother Erik]. And we are as busy as we have ever been.”

The Bull & Bush Brewery is located at 4700 E. Cherry Creek South Drive in Glendale. Visit www.bullandbush.com to learn more or to order your food to go.