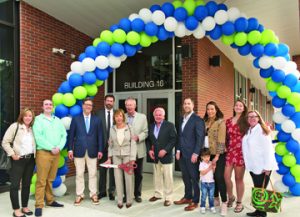 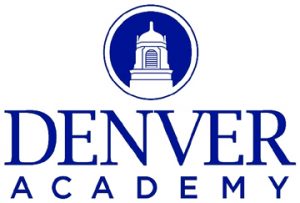 Denver Academy (DA), an independent school serving diverse learners, opened its new James E. Loan Athletic Center to be used by all students at the school in grades 1 through 12.

A special ribbon-cutting and grand opening event was held at Denver Academy on Monday, May 6, 2019, for faculty/staff, friends and family of the school, and students attended a pep assembly the following day. The celebration marked the completion of the building, which began construction in May 2018, and also the end of Phase One of DA’s two-phased Building on Excellence 50th Anniversary construction project and capital campaign.

The Grand Opening included a ribbon-cutting with Athletic Center donors Gayle and Steve Mooney and members of their family, as well as building namesake and former Denver Academy Headmaster James E. Loan. Remarks on the project and its importance were given by Denver Academy Headmaster Mark Twarogowski, James E. Loan, DA Board Chair Ed Callahan, Incoming Board Chair Kristi Taddonio Mullins (Class of ’94), and other current and former DA staff members. The Denver Academy Drumline kicked off the event with a performance, appetizers and beverages were served, and DA athletic and physical education staff members provided information on the exciting features of the Center during attendees’ self-guided tours.

“Reflecting back, probably the thing I’m most proud of is that Denver Academy has served thousands of kids, families, and teachers who have gone on to use what they learned at DA in other ways in their lives,” said James E. Loan at the Athletic Center Grand Opening. “The future is bright and this is a humbling honor.” 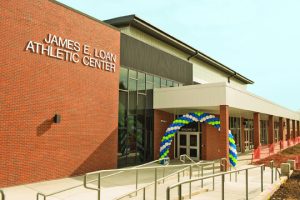 The James E. Loan Athletic Center is located on the southeast corner of Denver Academy’s 22-acre campus, adjacent to Richardson Hall. The 25,000 square-foot facility has a regulation varsity-sized multi-use gym, complete with 500 seats, which will allow the school to host regional and state tournaments. The building includes additional features like locker rooms, a weight room and a dance studio. It will also provide a place where DA’s community of students and staff can all gather in one location.

The new center has been named in honor of James E. Loan who was with Denver Academy from 1974 to 2008. Mr. Loan started as Associate Director and Master Teacher at DA and was the co-creator of the school’s pioneering curricula. In his more than three decades with the school, he served as a strategist, fundraiser and administrator, specifically in his role as Denver Academy Headmaster from 1992 to 2008.

“I’m so proud of what we have accomplished for our school in Phase One of DA’s Building on Excellence campaign,” said Headmaster Mark Twarogowski. “With the James E. Loan Athletic Center, we can now adequately support our current athletic and physical education programs and also expand athletic opportunities and team sports in the future. It also finally provides us with a space where our entire community can gather. Our newly renovated Elementary/6th Grade Building provides the right-sized classrooms and flexible learning spaces we needed for grades one to six. Now we look to Phase Two and a much-needed Performing Arts Center.”

For more information about Denver Academy, visit their website at www.denveracademy.org.