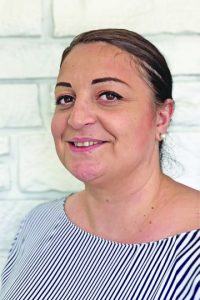 Prior to joining the JCC Denver’s Early Learning School, Johnson was a Regional Quality Team Lead and Director at KinderCare Education. She was also an EQIT Instructor and Infant Toddler Specialist at the Colorado Department of Education.

Johnson is originally from Ankara, Turkey, and moved to the U.S. in 2000. She has lived in Colorado for 16 years.

Johnson is excited to join a community that focuses on the growth and development of young children. It allows her to work and lead a team of individuals that have a strong belief in doing right by children and being an advocate for them.