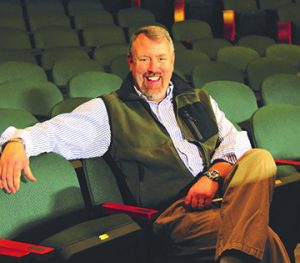 “Now is the perfect time to merge the engagement department with the Mizel Arts and Culture Center so all arts, culture, and community programming flow through one department instead of multiple,” said Stephanie Herm, chief operating officer of the JCC Denver. “We are excited for Rich and his team to dive into new programming for the fall and winter months, and to carry on the legacies of our existing programs like the Neustadt Jewish Arts, Author, Movies, and Music Festival (JAAMM Fest) in October, the Denver Jewish Film Festival in February, the ongoing Jewish Baby University, among others.”

Most recently, and for the last three years, Cowden was the executive director of Colorado Conservatory of Dance. Prior to that, he worked for Castleton University in Vermont for four years in a variety of arts-focused positions including coordinator of graduate programs in arts administration, director of the arts, and assistant professor of theatre arts. He has been working in the arts for over 30 years. Cowden has directed more than 70 plays in his career and is also an actor.