Mark And Maxine Rossman Step Down From Cherry Creek Theatre

Mark And Maxine Rossman Step Down From Cherry Creek Theatre 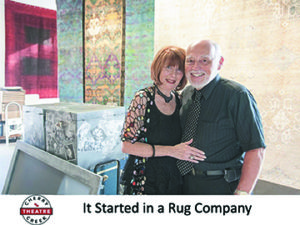 Founders: Mark and Maxine Rossman founded the Cherry Creek Theatre in 2010. After 10 years and 30 different productions, they are stepping down from the Board.

Cherry Creek Theatre was founded in 2010 by Mark and Maxine Rossman and after 10 years of attending every performance, the Rossmans stepped down from the Board in July 2020.

“We reached a point where we loved it but it is time to go out and do some other things,” said Maxine Rossman. “We would like to thank everyone who has supported us here. We could not have done it without their support. We’ve always tried to treat everyone as family.”

“We decided that it was time after 10 years of service to the theatre and to the community,” said Mark Rossman.

The couple hatched the plan for the Cherry Creek Theatre in their living room. They talked about all of the changes in Cherry Creek North. There were many boutiques and art shops but not a lot of culture. Then, Maxine came up with the idea of a theatre. Mark started a theatre in Phoenix 40 years ago, that is still in existence today. 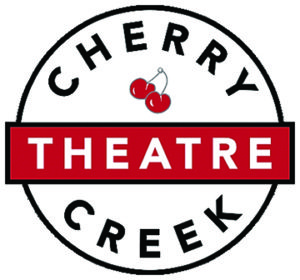 So, they reached out to local business leaders to gauge support, of which there was unanimous support for such a theatre. They were even able to secure the Shaver-Ramsey Fine & Custom Rugs Gallery rent free for the first six years of their existence.

These alliances were due to the hard work and dedication of its founders. “A lot of people said OK fine, we’ll support them, give them a few dollars and they’ll be around for a half a year or so,” said Mark Rossman. “We never expected we would have the success we’ve had. We were in the right place at the right time. The community wanted theatre and we had a pretty good idea as to what type of audience we were looking for in terms of the demographics. We knew what they wanted.”

“Mark and Maxine had a vision for a local live theatre in Cherry Creek long before the recent ‘boom’ in development,” said Leslie and Wayne New. “In many ways, that theatre enhanced the Cherry Creek and Glendale communities. Most of all it has been their commitment that made The Cherry Creek Theatre great… their fearlessness even in the face of adversity, their tireless efforts and Herculean hours devoted to hands-on involvement, and the dedication in pursuit of their dream. We all owe them a great debt of gratitude.”

The first play was Love Letters written by A. R. Gurney, and there have been 30 different plays since they started. More than 25,000 people have attended their productions through the years. “We had wonderful support from the community, that is one thing I really want to stress,” said Mark Rossman. “Our ticket sales have always been strong. We average about 85% capacity which, for a theatre of this size, is unheard of.” “One of our hallmarks is the quality of the acting,” said Maxine Rossman. “Our productions have been of the highest quality and I am very proud of that.”

“It started with a dream that became a reality followed by huge success,” said Patty Mintz Figel. “Congratulations Mark and Maxine for your contribution to the community. We all say thank you.”

The board has formed a transition committee and created a scholarship in their name for a graduating African American high school student to attend a theater school in college.