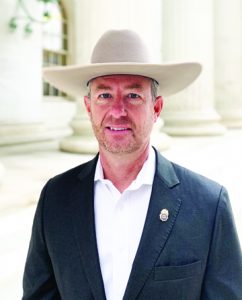 Internationally Known: Charles Feldmann is a Managing Partner at Feldmann Nagel Cantafio and has been advising clients all over the world for the past 25 years.

Charles Feldmann is a Managing Partner at Feldmann Nagel Cantafio Margulis Gonnell PLLC and has been advising clients all over the globe for the past 25 years. Headquartered in Denver, this international law firm started in Steamboat Springs 15 years ago. Partners Charles Feldmann, David Nagel, and Ralph Cantafio met in Steamboat Springs, raised their families, and all moved to Denver to set up their Denver headquarters.

Today, Feldmann Nagel Cantafio has four offices in Colorado, two in California, one in Israel, one in Australia, and this year they plan to open offices in Canada and Mexico. The firm is a multi-practice law firm that focuses in such areas as divorce and family law related issues, criminal defense, and wildlife law. “We handle any legal matter a reader may want,” said Feldmann. “If you need an estate plan, your son gets a DUI, family law related issues, landlord tenant, call us, we can help.”

Feldmann graduated from the University of Denver through the Marine Corps and then was recruited by the DEA. Feldmann was a former federal prosecutor and defense attorney in the United States Marine Corps and a former state narcotics prosecutor in Colorado. He previously served as a DEA Drug Task Force Commander and is a former lecturer and instructor with the Department of Defense and with the National College of District Attorneys.

Feldmann now manages all of the firm’s practice areas and oversees the firm’s international cannabis practice, national and state wildlife defense and its military justice international division. He speaks all over the world on cannabis related issues. Feldmann was named by 2007 Colorado Super Lawyer for being one of the top attorneys in Colorado.

George Brauchler, who ran for state Attorney General and Barret O’Brien who sits on the Glendale Chamber of Commerce board of Directors introduced Feldmann to the Chamber approximately eight years ago. “I got involved in the Glendale Chamber through them (Brauchler and O’Brien) and I was obviously very impressed with for the size of it, how intense of a business development chamber it was,” said Feldmann. “It was real business development, not fluff. This chamber really impressively got a lot done.”

Feldmann Nagel Cantafio now has 30 attorneys after starting their practice just 15 years ago. “We’re a good-sized firm in the sense that we haven’t grown so big that you lose your culture and your identity and your ability to work on what you want to work on and really focus on client services,” said Feldmann. “But yet we are large enough where we have enough depth where we can handle significant client matters.”

Feldmann is also a member of the Armed Citizens’ Legal Defense Network, Inc., as a Network affiliated attorney, which supports its members through education about the legalities of using deadly force in self-defense, and in any interaction with the criminal justice system after an act of armed self-defense.

Feldmann will be on hand at the Glendale Chamber Business After Hours at the Bull & Bush on May 8, 2019, to sign copies of his new book, King David and the Death’s Head Ring Affair. Advance copies can be purchased on amazon.com.

Mark Reider — Attorney For All Your Business And Family Needs Gallery

Mark Reider — Attorney For All Your Business And Family Needs